At the same time, there are some easily recognisable differences. 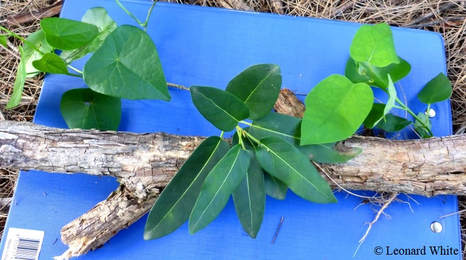 Snake Vine (left), Monkey Rope (centre) and Moth Vine (right)
​2. Leaves
Moth Vine leaves are much lighter green and much softer looking than either of the native species. The shape of the Moth Vine leaf is also quite different. It is roughly forms an isosceles triangle and is about 3-5cm long.

​Monkey Rope leaves are much longer while Snake Vine leaves are the shape of a fat tear-drop.

4. Seed Pods
Moth Vine seed pods look remarkably like chokos. Monkey Rope seed pods on the other hand are thin and up to 20cm long. Snake Vine fruits are vastly different to either vine as they are small, round berries that ripen from green to yellow to black.​ 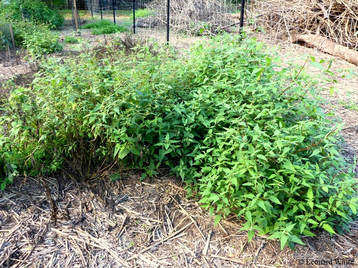 There are some differences between the two species.

1. Leaves
Cobbler’s Pegs have light green leaves fine serrations and have multiple leaves growing off a single frond. Native Indian Weed however has blue-green leaves which grow directly from the stem and have small knobs along the leaves edges instead of serrations. 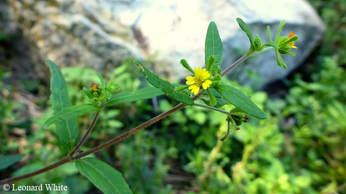 3. Flowers and seeds
Native Indian Weed has much smaller yellow flowers than Cobbler’s Peg. It also lacks the distinctive ‘peg’ and instead makes its seeds attach by means of a sticky coating all over its tiny, thin, green seed pod. 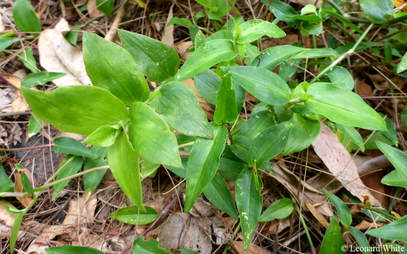 ​Trad (Tradescantia fluminensis), also known as Wandering Jew, is a spreading ground creeper that thrives in any moist environment whether in full shade or full sun. It is an aggressive weed in the right conditions and will prevent native seedlings from getting established because of its shear density.

Native Trad (Commelina diffusa) the other hand is far less aggressive and grows far less densely. While both species of Trad look similar there are some distinct differences.

1. Leaves
Wandering Jew has much broader leaves than native trad. Both are lanceolate shaped but that leaf of Wandering Jew is nearly twice as broad at the base as the leaf of the native species. In fact, the base of the Wandering Jew leaf is close to half as wide as the leaf is long. On the contrary, the leaves of native trad remain fairly narrow throughout their length.

Another distinguish feature is the funnel shaped new leaves at the tip of the Wandering Jew stem. New growth on native trad rarely has such an obvious funnel shape. 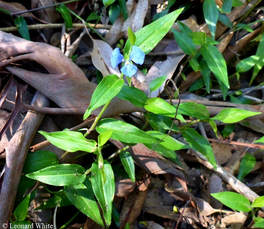 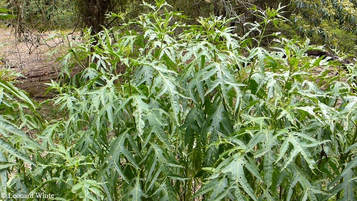 Kangaroo Apple growth in a newly cleared area
The native Kangaroo Apple (Solanum aviculare) is a mid-sized, fast growing member of the nightshade family. It grows throughout the Shoalhaven and Illawarra and in areas with full sun, fertile soil and a reasonable quantity of moisture. At Bangalee, it can typically be found along the river flats either rising above the lantana or colonising recently cleared sites. It sprouts in early spring and dies back the following winter.

Daturas (Datura stramonium), also known as Jimson Weeds, are an invasive species that typically colonise similar areas to Kangaroo Apples. Also a member of the nightshade family, Daturas look quite similar to their native cousins, especially in the early stages of growth.

​Kangaroo Apples can be distinguished from Daturas in several ways. 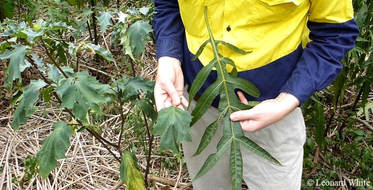 Datura leaves (left) and Kangaroo Apple leaf (right)
​1. Leaves
Kangaroo Apples are can be identified by their large, nine pronged leaf. Eight prongs are directly opposite each other while the ninth points outwards at right angles to the other eight. On the contrary, the leaf of a Datura looks a lot more like and oak leaf than a Kangaroo Apple leaf. It lacks the distinct prongs of the Kangaroo Apple. The different leaf is particularly obvious in adult plants but even young Daturas have noticeably less prong structure than young Kangaroo Apples. Datura seedlings also have two long, thin leaves directly under the newer, adult leaves. 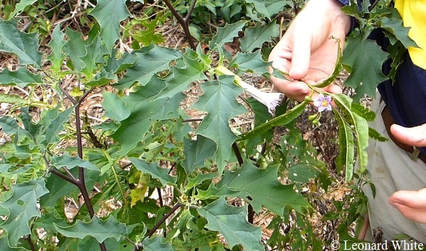 ​Daturas on the other hand, produce single trumpet-shaped flowers from their stems. These flowers can range from white to deep purple in colour.

3. Fruits
Third, by mid-summer, Kangaroo Apple flowers give way to green, olive-like fruit. These steadily become deep orange as they ripen. Kangaroo Apple is a nightshade and is therefore very poisonous. DO NOT CONSUME.

Datura seed pods are vastly different in appearance. They are large pods covered with a spiky surface. As they dry out, they split and release all the seeds. 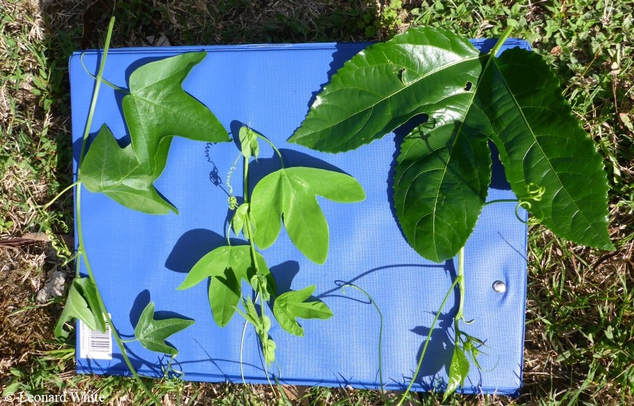 Native Passionfruit (left), subpeltata (centre) and caerulea (right)
​​There are a few features of native passionfruit (Passiflora herbertiana) that distinguishes it from the two varieties of feral passionfruit.

1. Leaves
Native passionfruit has dark-green leaves unlike caerulea and subpeltata which are mid-green and light-green respectively.

3. Fruits
Native passionfruit fruits are dark-green and can have slight ridges going from the top to the bottom. This contrasts with the light-green, powdery look of subpeltata fruits and the bright orange appearance of caerulea fruits. 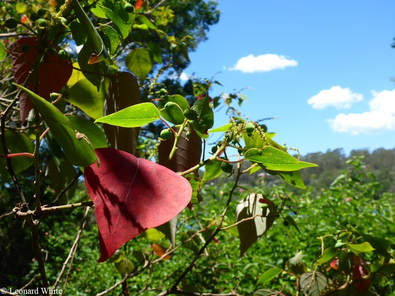 Bleeding Heart leaves and fruits
​Bleeding Heart (Homalanthus populifolius) is a very common rainforest tree throughout the Shoalhaven and Illawarra. It doesn’t usually grow particularly large with heights of less than 8 metres being the norm. Coral trees (Erythrina X sykesii) are also very common throughout the region and are usually found on farms where they were traditionally used to stabilise creek beds and other water courses.

Coral trees are a highly invasive species with an aggressive, suckering root system and incredible survivability. They grow anywhere where they have access to water but are also extremely drought tolerant. As an example of their toughness, cut or broken branches left on the ground won’t rot but will almost certainly set root and become new trees. Overall, Coral trees can be a very challenging weed to remove.

Bleeding Heart trees look similar to Coral trees but there are some major differences. 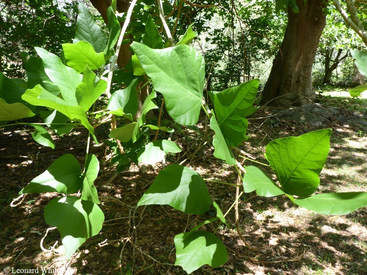 2. Deciduous
Coral trees are deciduous whereas Bleeding Heart trees are not.

5. Thorns
The final difference is that Coral trees have thorns reminiscent of rose thorns whereas Bleeding Heart does not.